Infographic of the Week: A Guide to Restaurant Profitability

More than just the quality of food or level of service, restaurant survival is about dollars and cents at the end of the day. While the commonly quoted 90 percent failure rate is a myth, a large percentage of restaurants still fail within the first three years. The amount of restaurants that open and close each year is staggering—in New York City alone there were 31 openings and 12 closings just last January.

As new restaurants are sprouting up left and right, it seems that many should take a lesson in “restaurant math,” which restaurant titan Joe Bastianich deems the secret sauce to a successful business. The infographic below, produced by OPEN Forum, uses numbers referenced in Bastianich’s book, Restaurant Man, to outline his approach to restaurant profitability. The infographic offers an interesting look into the economics of a restaurant. 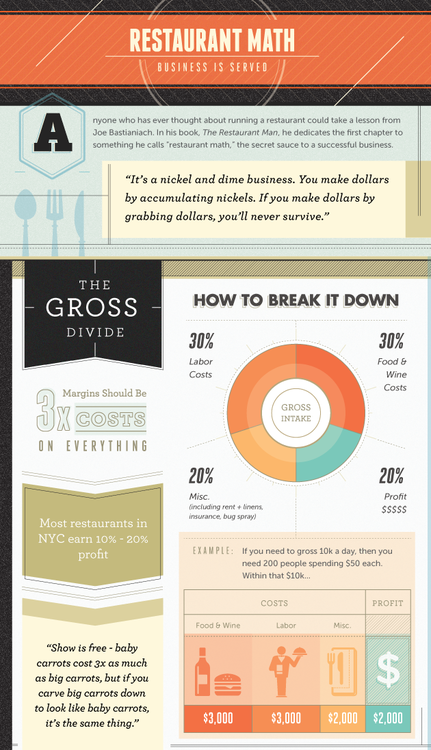