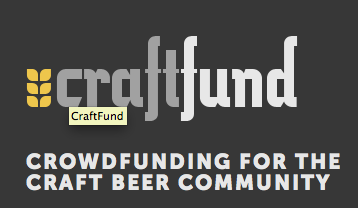 Nowadays you can find craft beer at almost any corner bodega or grocery store. From coast to coast, craft breweries are disrupting the beer industry, accounting for 10 percent, or $10.2 billion of total beer sales, up from $8.7 billion in 2011. And now Milwaukee-based CraftFund hopes to help the craft sector grow by connecting breweries, as well as canning lines, hop farms and ale houses, with equity investment through its crowdfunding platform.

While crowdfunding giants like Kickstarter and Indiegogo allow individuals to make small donations to nonprofits and businesses, CraftFund aims to make it easier for small breweries to source capital from the general public in exchange for equity online.  This is tricky, though. While the company’s ultimate goal is to source capital from average beer drinkers, for now it has to focus on accredited investors.

The JOBS Act, which was signed into effect in April 2012, established a new legal framework for private share offerings including equity crowdfunding. Currently the SEC allows only accredited investors to participate in private offerings, such as equity crowdfunding sites like Circle Up, while non-accredited investors are still restricted from this type of investment. CraftFund is banking that this stipulation will be overturned in the SEC upcoming ruling. Additionally, the company is pushing for the Wisconsin intrastate exemption that would allow businesses to sell equity online to residents.

CraftFund believes that the grassroots marriage of equity crowdfunding and craft brews will thrive as it has in the UK, where it is fully legal. Like Scottish brewery BrewDog, which raised over £1 million within the first 24 hours of its most recent offering, and Crowdcube, a leading UK crowdfunding platform, whose most popular segment is food and beverage, CraftFund hopes to disrupt the craft beer industry in America.

According to CraftFund one of the biggest areas of concern with crowdfunded equity is investor protection. But with average investments of $2-5k, CraftFund plans to taylor its investor education to highlight the risks specific to the craft beer industry. “If you are looking for the next Facebook, don’t invest on this platform. If you are looking for a company with a clear exit strategy, don’t invest on this platform. If instead you are looking for an ownership stake in a craft beer business, modest dividend returns, and potential shareholder discounts, then CraftFund might be a good fit,” reads the website.

Created in one of the nation’s top five food manufacturing states, where restaurants are the top private sector employer, and food and beverage sales account for $7.3 billion of state sales annually, CraftFund aims to kickstart a larger pool of the states’ biggest job creators and revenue makers as well as to become a local community builder. “Imagine someone walking past a vacant store front in the community and wishing an entrepreneur would open a bakery.  At the same time, an aspiring baker has the same dream and a solid business plan to turn the vision into a reality. Investment crowdfunding, will make it possible for the aspiring baker to broadcast her vision and business plan to the surrounding community,” reads its site.

CraftFund has already built a community of 197 investors in anticipation of SEC final rules on equity crowdfunding. You can learn more about its proposed platform here and read more about the legislation here.