Hacking Meat: Why Vegetarians Should Care About Meat Production

Hacking Meat is an online conversation exploring how can information and technology be used to hack (or reimagine) a more sustainable, profitable and healthy future of meat. Join the conversation and share your ideas or product requests in the comments, on Twitter using #hackmeat, on Facebook or at the Hack//Meat hackathon happening December 7-9 in NYC. 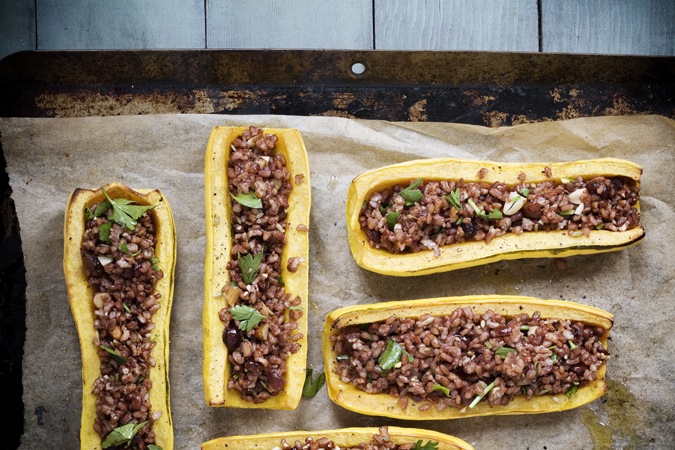 Let’s face it: Meat is complicated. And it’s emotional. Lines can be drawn in the sand and room temperature can skyrocket when the ‘I eat them to save them’ crowd intersects with the ‘I eat no food with a face’ group. Having munched my way through that entire spectrum, I insist that, when it comes to fixing what’s wrong with America’s meat, even vegetarians need to have skin in the game.

Here’s the proof: A few days before Thanksgiving, I convened a group of Bay Area women to honor one of our heroes, journalist, chef, and author Kim O’Donnel, and celebrate her new book The Meat Lovers’ Guide to Meatless Cooking. In the midst of a whirlwind book tour, Kim was the catalyst to bring together people of distinctly different perspectives on meat.

The crowd was an eclectic mix of culinarians, environmentalists and policy experts.  In deference to strong vegetarian sentiments, our potluck skipped the meat. I nervously noted Kari Hamerschlag, the brain behind EWG’s ‘Meat Eaters Guide to Climate Change’ and very close friend whom I know as a staunchly vocal vegetarian, introducing herself to Marissa Guggiana, co-founder of The Butcher’s Guild and author of Primal Cuts. I’m a huge fan of Marissa’s work, which brings artisan butchers into the limelight. Would a dust-up ensue, or would we all eat our Anson Mills grits and Cheryl’s poached pears and get along?

My mother Szari happened to be visiting from the east coast. She fit right in to our hive of contradictions: Mum has shot rattlesnake for her dinner out of necessity, not sport. And her artwork featuring reclaimed cow bones has appeared in high-end fashion magazines and the Smithsonian. Now retired, about 90 percent of her diet consists of vegetables she grows in her garden.  Comfortable in the kitchen, she stirred the grits and eyed the quinoa kale rolls with guarded curiosity.

As I circulated the room, I heard bursts of conversation about the public health and environmental dangers of industrial meat production, the progress of Consumers Union’s ‘Meat without Drugs’ campaign, and conflicting brining techniques for heritage breed turkeys.  The celebration could have turned into a brawl with so many strong-minded, opinionated experts on both sides of the fence. But it wasn’t just the buzz from the mimosas: I found no such tension.

Throughout the afternoon, voice after voice concurred that problems with meat production affect everyone.  Eating less meat, as modeled by Kim’s work, and eating ‘greener’ meat, as modeled by Kari’s work, are critical for personal health and the environment.  Supporting independent small-scale meat producers, and purchasing from butchers who know their sources, modeled by Marissa’s work, strengthens regional economies and farming communiti

How to get a lover back

es and offers urban populations a sustainable meat supply. I was encouraged to hear culinary writers recognize that policy initiatives are key, as are grassroots efforts to unite communities negatively affected by industrial-scale meat production, whether they be fast-food consumers, slaughterhouse workers or the animals who end up at the end of our forks.  Whether our efforts led to the consumption of more grass-fed burgers or more beet carpaccio, the sentiment was clear that we all must work to make meat better.

We’ve had some big losses. In 2010 I wrote for CivilEats.com about the USDA’s GIPSA rule, reform of which would have given small meat producers fair market access. A year later, the movement to reinstate the rule lost.  Meanwhile, Meatless Mondays became a household name and artisan butchers kept a firm clamp on their rock star status.

I confess I’m confused myself. This autumn I flirted with hosting my neighborhood’s meat CSA, but felt far more comfortable taking on a CSF (Community Supported Fisheries).  I know a fellow scuba diver and ocean lover who disagrees that sustainable seafood consumption is a key to ocean conservation; she refuses to consume fish. She eats quite a lot of meat. This made me all the more inspired to fly from Oakland to NYC, carbon footprint be damned, for the Meat Hackathon. We need to leverage technological innovation as much as we need to honor the potlucks that deepen our connections with each other, in order to solve our current meat dilemmas.

Let’s fix meat. Let’s invite meat lovers to sit at the table with committed vegans and dream up farm-fresh, seasonal meals that anyone would enthusiastically eat. Let’s support small-scale meat producers, as they are our best advocates to lead more conventional farmers and ranchers in their own communities toward change.  Let’s cheer on programmers, business experts, chefs, farmers and all the other attendees who bring unique perspectives on meat to the table. Let the Meat Hackathon begin!

How can we fix meat and help small-scale meat producers?  Share your thoughts in the comments below, on Twitter using #hackmeat, on Facebook or at the Hack//Meat hackathon happening December 7-9 in NYC. 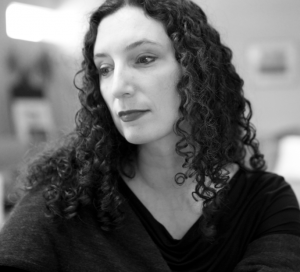 Haven Bourque founded HavenBMedia in 2010 to bring communications expertise to food system change. Her group develops communications strategies, trains spokespersons, and teaches social media skills for diverse organizations ranging from prestigious non-profits to small businesses, national corporations and community activists working to reform food systems around health and wellness, social justice and environmental conservation. She is proud of her work with IATP's Food & Community Fellows, NRDC, Bon Appetit Management Company and Straus Family Creamery. She is a judge for NASFT's first-ever Leadership awards, a contributor to CivilEats.com and was a co-organizer of the nation's first TEDx conference to focus on farmworkers. Follow her on Twitter: @HavenBourque.