What Your Eating Habits Say About Your Politics [INFOGRAPHICS]

We’re big fans of data and design and these new infographics produced by Buzzfeed and Engage, which look at how our daily food choices relate to our politics, are catching our eye.

The data behind them comes from Engage‘s Trendsetter app, which examines your Facebook activity to learn about what news you care about and companies you like. From it, Engage and BuzzFeed put these beauts together.

And what do they say about us? Well, among other things, you are likely to be voting for Romney if you “like” the Outback Steakhouse. However, you’re less likely to turnout to vote than someone who “likes” Cracker and Barrel. Which makes sense, given how long it takes to digest a whole surf n’ turf.

On the flip side, if you “like” Red Bull on Facebook you likely also support Obama but are less likely to turnout to vote for him than someone who “likes” Ben & Jerry’s, which is counter intuitive. After all, what good is copious amounts of caffeine unless it encourages greater civic participation? Really… 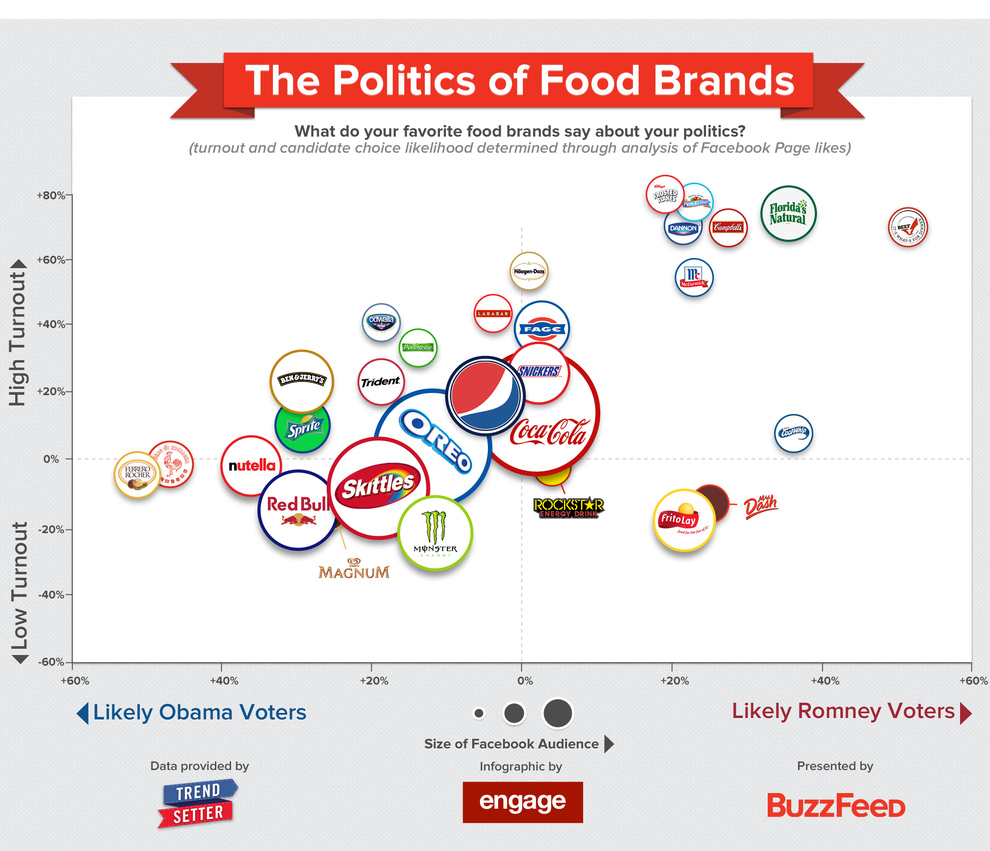 You can check out the full infographics over at BuzzFeed, which includes another having to do with food chains. Patrick Ruffini, president of Engage told BuzzFeed, “Whether you support Obama or Romney, that support is more often than not a manifestation of where you live, what you watch and where you fit in culturally.”

So the takeaway? If you are voting for Obama, but wish you were voting for Romney, just ditch the Jamba Juice and pick up some Chick-fil-A! You’ll be voting red in no time.