Here’s a sampling of experiments that offer a window into the future of food retail. They play off a recently-compiled list by the Hartman Group that  features 9 experiments and includes predictions for which innovations will succeed or fail.

Virtual Stores. Online grocers are not new but they are starting to push the boundaries in terms of advertising and customer acquisition. Take this campaign by Peapod, in which it lined the walls of a Chicago transit station with product images and QR codes. Customers could, theoretically, order items while they waited for a train. 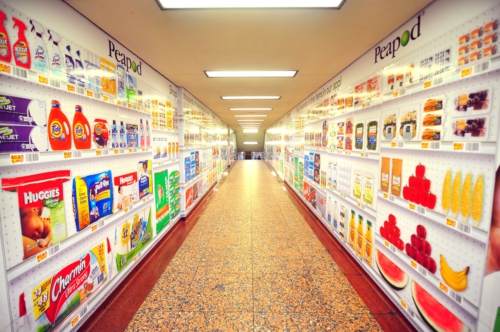 Smart Sensors and Automatic Ordering. Basically, devices that allow you to order groceries with the touch of a button. For example, Evian’s Smart Drop, which is a WiFi-enabled refrigerator magnet that allows you to order more water instantly — itself just the tip of the iceberg. A similar technology and behavior could ostensibly allow you to re-up on anything in the fridge, the moment you run out of it. And imagine if WiFi-enabled devices on the refrigerator could communicate with something like Thin Film’s smart sensor tags — items could potentially reorder themselves. Like, for instance, when a package of strawberries is removed from the fridge for more than two hours (presumably thrown away) or has passed its expiration date. 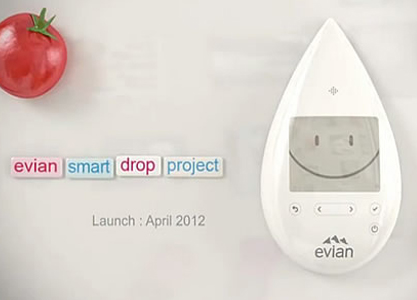 Order Direct. Companies like Relay Foods, which presented at a Food+Tech Meetup earlier this summer, are giving people a way to order directly from local producers and artisans and bringing the farmer’s market closer to home. The company has support from Battery Ventures and is one of several companies connecting local producers and consumers, including Farmigo, Wholeshare, Good Eggs, Chow Locally, Greenling and others. 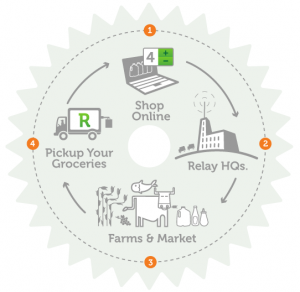