Infographics of the Week: Water Footprint of Humanity

A new report  from scientists at the University of Twente  analyzes and maps global water use related to production and consumption from 1996 to 2005. According to the study, agriculture accounts for a staggering 92 percent of annual global freshwater consumption. Production of cereal grains accounts for 27 percent, meat for 22 percent, and dairy for 7 percent of this consumption.

The chart details the water footprint of national consumption from countries with a population larger than 5 million, based on by product category. Click on the graphic for a full screen view. 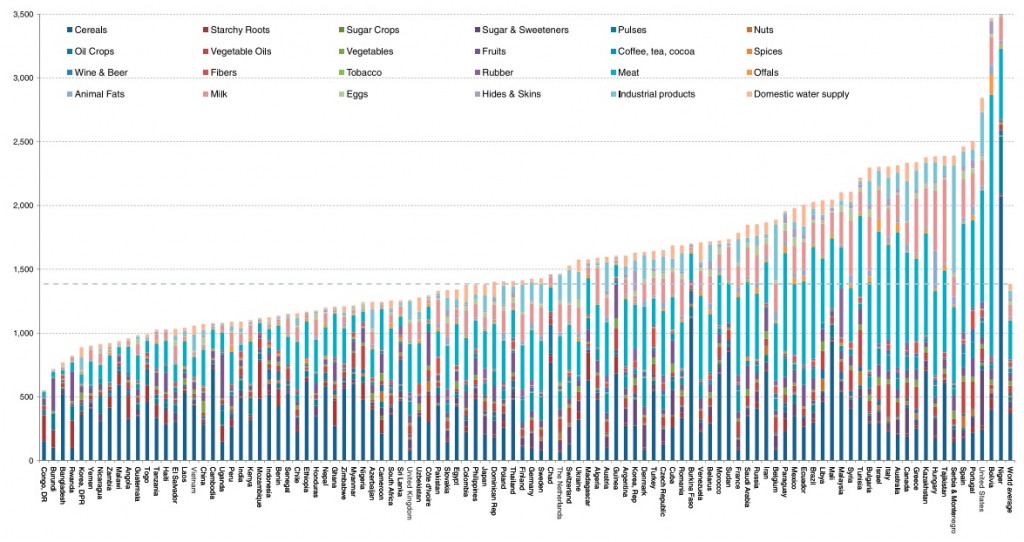 This map looks at the flow of “virtual water,” or water used to produce goods that are then exported to another place for consumption, between countries. According to the study, more than 22 percent of the water consumed globally is virtual water. 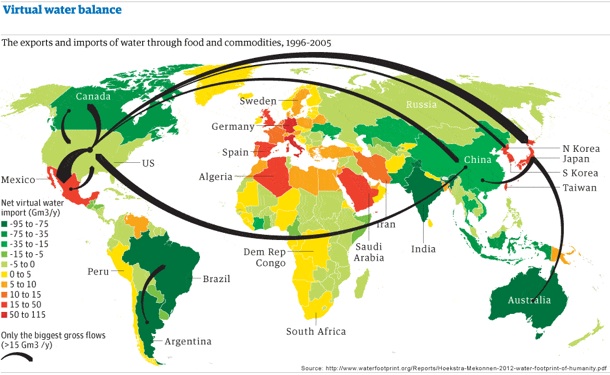 The full report is available here.

via The Guardian & The New York Times