Feeding the Hungry, One Game at a Time 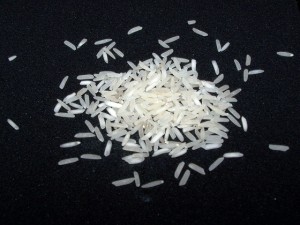 The UN’s World Food Programme is the largest, and perhaps best known, humanitarian group fighting hunger.  Working in 73 countries, and helping to feed 90 million people a year, the WFP has created a cadre of hunger fighting initiatives, including school lunch programs and local food purchasing projects.

But the group is also now employing new web-based techniques aimed at involving and educating those concerned with world hunger.

Freerice.com, a game developed by John Breen to help his kids do their homework, is available online in English, French, Italian and Spanish, and was just released in late October in Chinese.  The Hunger Quiz and The Haiti Hunger Quiz are also run by the WFP.

The WFP says the games have been very successful.  “More than 100,000 people have taken our hunger quizzes, which have been shared far and wide via email, Facebook, and Twitter,” says Rene McGuffin, Senior Public Information Officer for the WFP via email.  “We launched our original hunger quiz about a year ago and for every existing supporter in our community, we saw four new individuals take the quiz.”  Additionally, the group says, almost 100 billion grains of rice have been purchased by funds generated by freerice.

The concept of the games are simple – To help end hunger while allowing visitors to play educational games.  In Freerice 10 grains of rice are donated for each correct question answered. The Chinese version features questions in Chinese history, literature, and other topics, while vocabulary, art, geography and chemistry tests are available in the Spanish version.  Language learning in German, Spanish, Italian and French are available in English.  Worldwide, top players and groups are listed on the website to compete against each other.

The less evolved Hunger Quiz asks 6 basic questions about world hunger. Here we learn that Asia and the Pacific is the area of most hunger (578 million of the world’s hungry, compared to 239 million in Sub-Saharan Africa), and it costs only $50 a year to feed a child in school for a year.

From January 2011 until May 2011, rice from freerice.com was allocated to Haiti.  Since June, the rice is purchased from farmers in Cambodia, and go to school feeding programs within the country.

About the Author
Beth Hoffman has reported on food and agriculture for ten years, airing on NPR, The World, Latino USA, Living on Earth, KUER and KALW , and studied the food system in depth as a fellow and co-lecturer in the Africa Reporting Project at UC Berkeley’s School of Journalism. Hoffman competed a year long documentary project cooking with immigrant women in their homes, has traveled to India, Uganda and Ethiopia to report on rice production and chicken farming, and did a multipart series for KUER on the artistic, cultural and environmental connections we have to food. In addition to spending many hours on-farm in Utah, California and abroad, Hoffman also married into an Iowa farm family and is currently working with her husband to slowly convert the land into a sustainable orchard and hog farm. She currently lives in Albany, California. Hoffman’s previous work can be found on her website at bethaudio.com.
Previous Next
Freerice, freerice.com, Haiti Hunger Quiz, hunger quiz, rice, WFP, World Food Programme