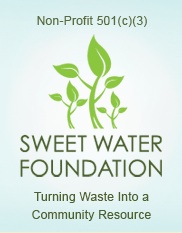 There’s an inherent tension in the local food system movement: what is the proper scale?

Some, for example, promote the radical home economics approach, encouraging hyper-local, backyard farming for self-sufficiency. Others advocate for the Community Supported Agriculture model, which begins to use economies of scale to spread the risk and reward involved in local production and consumption while still maintaining personal connections to the farmer. More recently, however, there’s been a shift toward examining the possibility of local food production as a viable job training and economic growth tool in places with large swaths of vacant urban land and high unemployment such as Detroit, Philadelphia, and Milwaukee.

Milwaukee has long been at the forefront of the local food movement, with McArthur Genius Grant winner Will Allen’s Growing Power leading the way. The organization “develops Community Food Centers, as a key component of Community Food Systems, through training, active demonstration, outreach, and technical assistance.” As Allen, the organization’s CEO notes, “If people can grow safe, healthy, affordable food, if they have access to land and clean water, this is transformative on every level in a community. I believe we cannot have healthy communities without a healthy food system.”

In recent years, Milwaukee has been increasingly focused on Aquaponics. Urban farmers, policy makers, economic development specialists, and local food proponents make pilgrimages to Milwaukee to meet with Growing Power and Sweet Water Organics staff to see the closed-loop aquaponic systems, where fish waste is absorbed as nutrients by edible plants that clean the water, keeping the environment in homeostasis.

But is this new venture economically viable and scalable within and beyond Milwaukee?

According to the Smarter Planet Blog, “In June, a team of five IBMers spent three weeks in Milwaukee as part of the company’s Smarter City Challenge grant program with the goal of helping city leaders explore the feasibility of their urban farming initiative.”

The team determined that there was value in pursuing Aquaponics further. “’I wanted to know if we’re on a fool’s errand or does this make sense from an economic standpoint. Their answer is it does make sense. It’s viable,” says [Rocky] Marcoux, [commissioner, Milwaukee department of city development].’

The video below shows a bit about the IBM Smarter Cities Challenge engagement.

According to the Mayor, “We believe there’s a seed there that will allow this to grow not only through this community, but throughout this region.”

What do you think? Is there a future in urban aquaponics for cities like Philly, Detroit, and Baltimore?

About the Author
John Reinhardt is an urban planner, writer, photographer, and urban gardener. He holds undergraduate degrees in Communication and Honors from Villanova University and a Master of City Planning and certificate in Urban Design from the University of Pennsylvania. An avid cook, John is interested in the intersection of urban design, sustainability, and food systems planning. John works at IBM as the Program Manager for City Forward, a free, web-based platform that enables users – city officials, researchers, academics and interested citizens world-wide – to view and interact with city data while engaging in an ongoing public dialogue. John previously served as a Program Manager for International Programs at the American Planning Association, where he ran the Energy and Climate Partnership of the Americas urban planning initiative and Delta Urbanism Programs. He is a member of the American Institute of Certified Planners and currently resides in Washington DC.
Previous Next
agriculture, aquaponics, feasibility, food startups, food tech, food technology, foodtech, Guides, IBM, John Reinhardt, local food, milwaukee, policy, Smarter City Challenge, software, Startups, sweet water, urban agriculture, urban agriculture research, viability of urban agriculture, video, will allen