One by-product of the artisanal food movement’s renaissance in the United States  is that consumers are demanding more information about what’s in our food, where it comes from, who made it and how it was produced. As I’ve written about in the past, a growing number of entrepreneurs are leveraging information technology to help us do just that.

Meet Blue Crow Media founder Derek Lamberton, whose app production and consulting company has built mobile applications to help consumers find the best independent cafes in London, San Francisco, New York, and soon to be Los Angeles. The apps feature detailed information about each cafe’s beans and machinery, geolocation, ratings, roasteries, and links to buy beans for domestic use. I recently had an opportunity to speak with Lamberton about the inspiration behind these apps and what’s next. 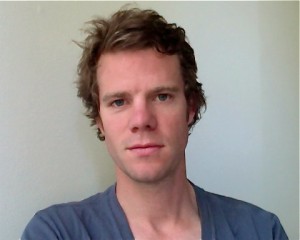 Danielle Gould: What was the inspiration behind the London’s, San Francisco’s, & New York’s best coffee apps?

Derek Lamberton: It began in London, where I live, when I was writing a series of articles about local entrepreneurs who had quit their day jobs to do something they were passionate about. I interviewed a roaster named James Hoffman who opened my eyes to the specialty coffee movement. I was intrigued by the unique mixture of local and global production, the preparation involved in making an excellent coffee and of course the taste. I started learning more about it and the next thing I knew, I was running around London finding and reviewing cafes for the app.

DG: How do the apps work?

DL:  The apps are location-based and provide a map and a listing of the nearest cafes serving artisan roasted coffee. For each cafe there is information about the beans they serve, the machinery they use (e.g. their espresso machine and grinder), along with photos, reviews and basic contact information. You can give each cafe a rating which results in a top 25 list. The app also has information about the roasteries with links to buy beans for domestic use.

DG:  Your apps feature detailed information about the beans and machinery each cafe uses. How do you obtain all of that information and keep it current?

DL:  In London, either myself or my brother Mark, who is a barista, write and update the reviews and details. For the U.S. apps (New York, San Francisco and soon L.A.), I hire experts to do the reviews. For example, Liz Clayton, who is a well-known coffee writer, keeps the New York app up to date.

DG:  Could you describe your business model?

DL:  The coffee apps are just for fun. It’s an extremely niche market and they sell for a nominal amount which covers the expenses involved in developing and maintaining them. My company, Blue Crow Media, develops apps for clients looking for CMS-powered city guide apps. I create bespoke apps for clients or they can license the existing design at a very competitive rate. 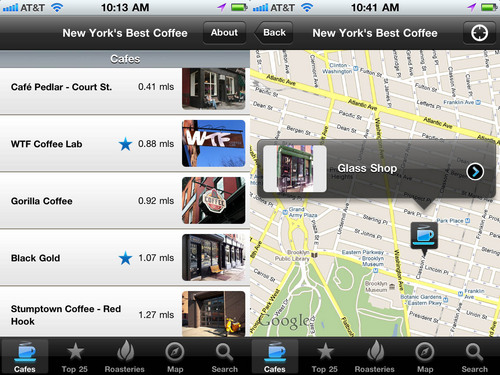 DG: What have been some of the greatest challenges you’ve faced?

DL: I’ve been fortunate in that I have a good network of developers and designers that I have been able to rely upon for support. The greatest challenge has been finding the right clients to work with. I’m a bit idealistic and I like to take on projects that will maintain my interest. I’m currently working on an app called Project Neon which is the brainchild of an amazing woman who went around New York taking photos of neon signs. Finding more people like her is the challenge.

DG:  Do you anticipate expanding into other food products? If so, what?

DL:  Well, I’m currently learning how to brew beer. If I don’t master the process, I’ll have to produce an app for finding beer by local brewers who have…