I’m very excited about this week’s set of iPhone apps. With a tip of the hat to the Fab Five freshmen from the Michigan Wolverines back in the 90′s, I give you: the Fab Four free iPhone Apps for Urban Ag Enthusasts and Local Eaters. The apps reviewed below help you make better decisions about what kinds of foods you are eating from a sustainability perspective.  They’ll let you find local farmers’ markets, tell you what fruits and veggies are in season in your local region and give you the details on where to find them.  Let’s get downloading!

In the words of one of the apps’ “About” page, “A locavore is someone who eats food grown or produced locally or within a certain radius such as 50, 100, or 150 miles. The locavore movement encourages consumers to buy from farmers’ markets or even to produce their own food, with the argument that fresh, local products are more nutritious and taste better.”  These apps are sure to be of interest to the hardcore locavore, or those who are just casually interested in the movement.  Best of all, they’re free, so you can try them out and see which one you like best. 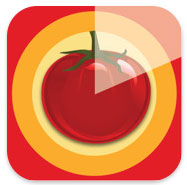 The first app, and by far the most robust, is Locavore. Based on your current location it will show you produce that is still in season. You can then click on the item – for example, grapefruit – and it will show you local farmers’ markets that carry the item.  It also includes an “I ate Local” item that lets you post items you ate locally to the developer’s facebook page.  Finally, there is a map that allows you to lookup markets that are local to you, with data provided by Local Dirt.  Unfortunately, it did not list any markets that were near me in the Inner Sunset of San Francisco. There is also a recipe section that will shows you yummy dishes based on what is currently in season from Foodista.com Follow on twitter @enjoy_locavore 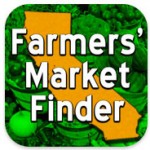 The second app is Farmers’ Market Finder. Unfortunately, this application’s usefulness is limited to California only. It allows you to lookup farmers’ markets by city, day of the week, or via a map view. This app really seems to have a ton of content – it had all the markets local to my neighborhood. It shows the times that the market is open and will give you directions to the market from your current location. It also gives you the phone number and website of the farmers market. It was created by Apptike, Inc.. 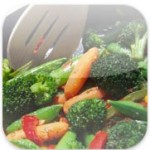 The third application is Market Finder by Whagaa! This application allows you to lookup farmers’ markets by current location or zip code. Although it did not have the market I frequent in the Inner Sunset, the app does a great job of giving you all information about the markets it does list – including the location, website, and phone number. There is also an ability to buy recipes from their website, though these will cost you .99 cents each. 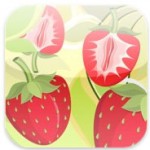 The final app is EatLocal. This is probably the simplest app, but was one of my favorites. You can set the state (which defaults to your current location) and month , and it will return the produce that is currently in season in your area. For example, if you look up “California” and “April”, you will see a lot of items, while some states have much fewer items that are in season. This is fairly obvious because California is such a great state for growing produce!  It is very nice to try to pick your groceries out by what is currently in season, and this is a quick, no fuss tool to help you out.

As you can see there are several apps that can help you make smarter choices about your food consumption – ones that will hopefully be  more environmentally and economically sustainable (and tasty!) than buying big-ag produce from your supermarket.

About the Author
Bob Wall is a software engineer, videographer, and artist. He holds an undergraduate degree in Computer Science from the Shippensburg Univeristy. He currently lives in San Francisco, CA where he enjoys playing raquetball, running, and tennis. His artisitic work can be seen at his website ohSanFran.com which he created as an artisitc outlet for him and some fellow artists when he moved out to California. Some of his work, including a Swings Happiness Project, has been picked up by the Wooster Collective, urlesque, and the Prince of Petworth, and he was invited to give a speech at a TEDx event for the project. As a contributor to Grown In The City, he is most interested in sharing his knowledge about the intersection of Urban Agriculture with Computer Technology.
Previous Next
apps, farm, farmers, farmers market, farmers market finder, food community, food tech, food technology, Geo-location, local food, locavore, market finder