What if Labels Showed the True Cost of Food? 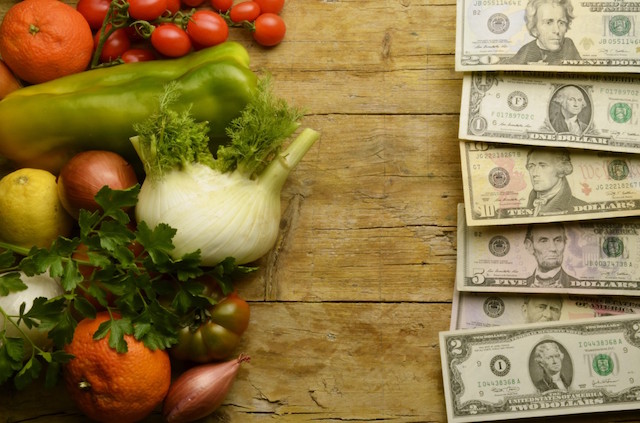 “In a startling development, almost unheard of outside a recession, food prices have fallen for nine straight months in the U.S. It’s the longest streak of food deflation since 1960,” reports Bloomberg.

Food prices have never been lower, but food prices are not the same as food costs.

These low prices — not just today, but for the past few decades — obfuscate the true cost of food in terms of the environmental and health impacts they make on our society over time. Negative externalities like fossil fuel consumption, air and water pollution, soil degradation, and poor labor practices are all food costs that aren’t reflected in the price tag.

Without a way to bring the impact of these abstractly large negative externalities down to the human scale, it’s a struggle to viscerally connect the actions of an everyday grocery shopper to these big systems issues.

Take a box of corn cereal for instance: The corn was likely grown in a monoculture sprayed with pesticides that can seep into groundwater and have harmful implications for farmworkers. Using petroleum-based fertilizers to increase yield just bolsters our appetite for fossil fuels. The price of that corn is even cheaper when you consider the heavy government subsidies to promote corn production.

How might we better represent the impact of buying a particular food product on the food system?

What if we could represent this on the label so everyday consumers could easily understand the cost of their food beyond what the cash they shell out at the checkout? Might it look like this … 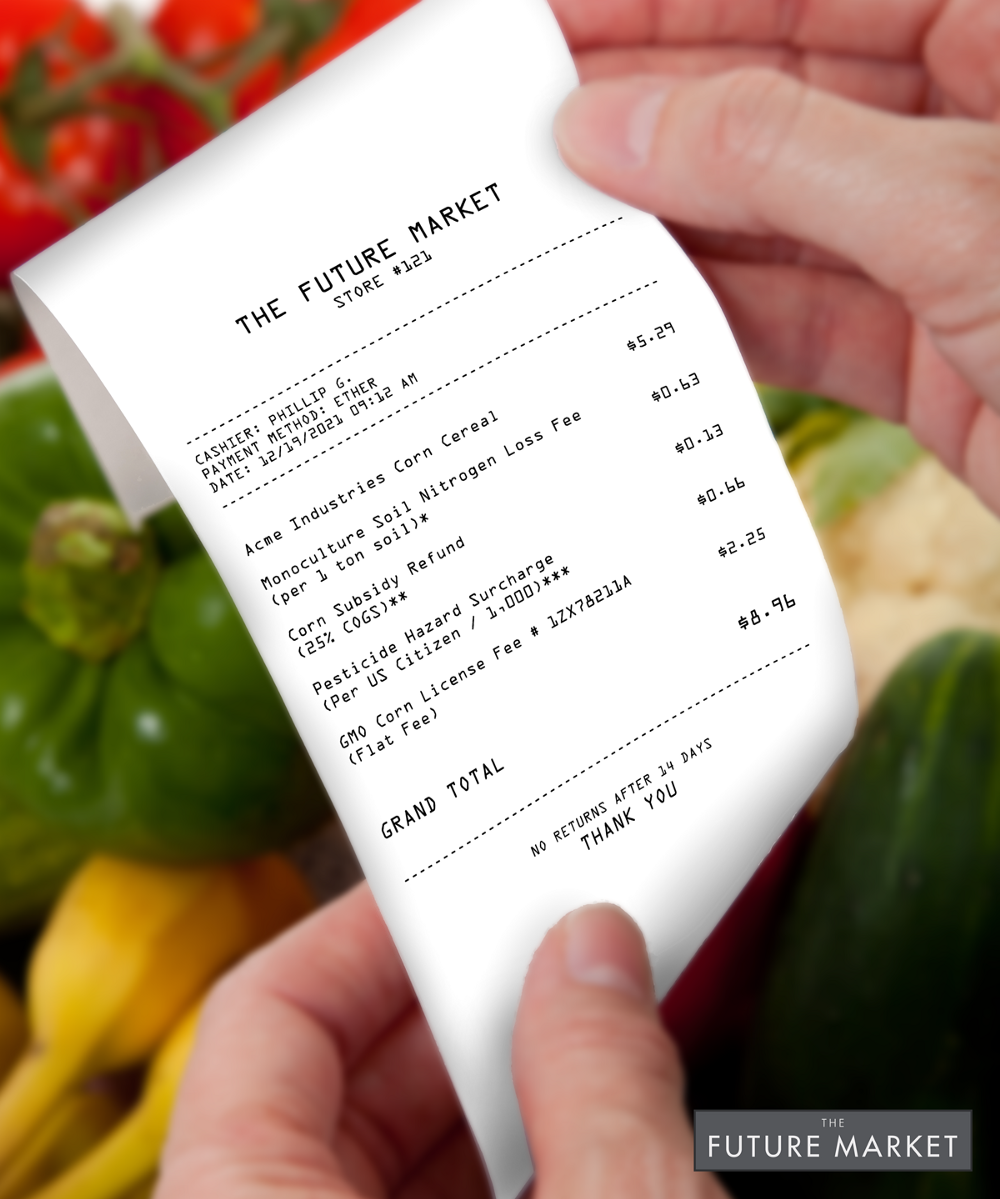 The True Cost of a box of Corn Cereal. How might we account for the environmental impacts of monoculture food products? 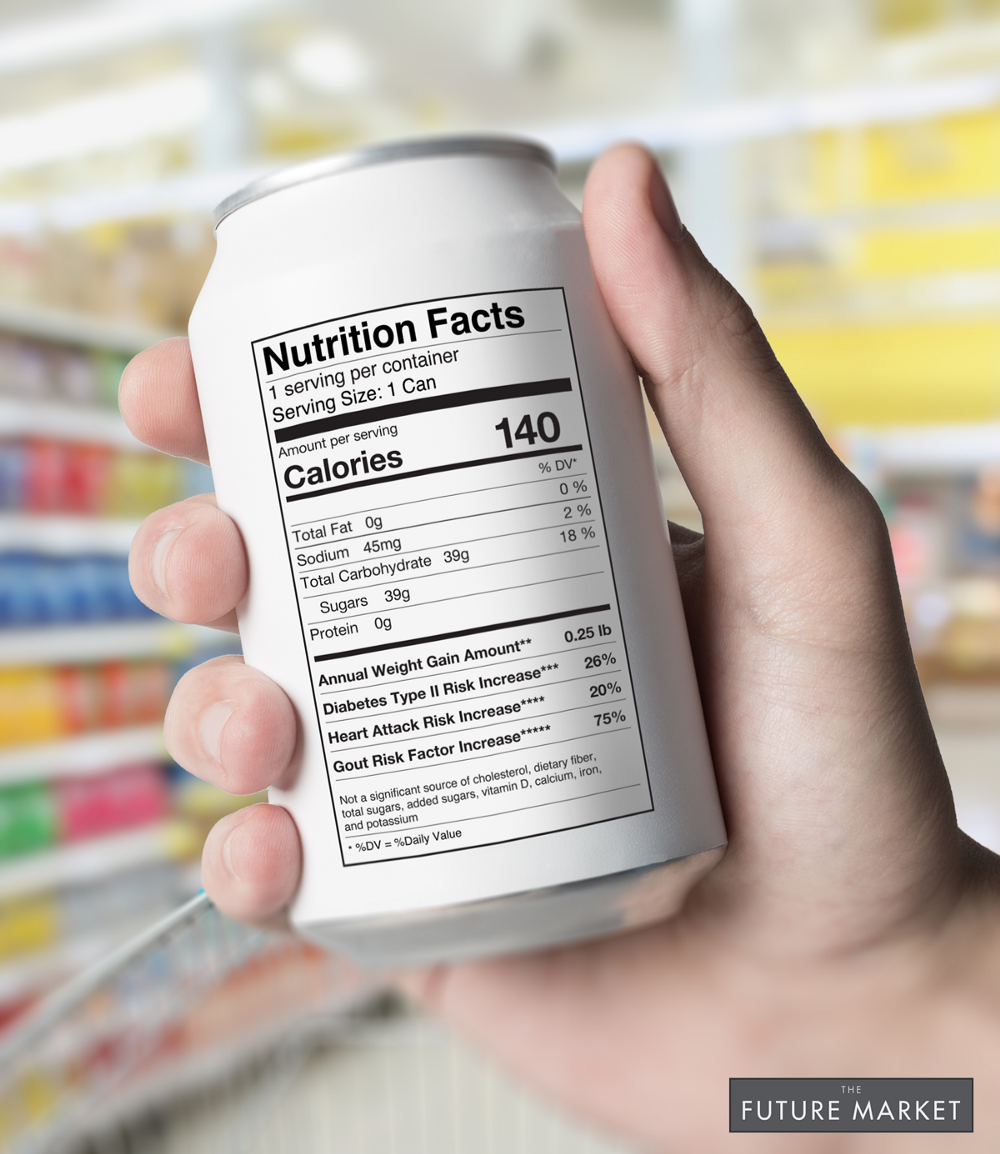 Food is no different. We touch food so frequently that it’s sometimes hard to stop and think about these hard issues in each purchase. Our brains would shut down if we had to think about the full impact of the supply chain on a box of cereal each week at the supermarket.

While people are becoming more mindful about the bigger effects of the food they buy, there’s a lot of room to improve on how we boil down the true systems impact of a food to the individual product.

In 1990, the Nutrition Labeling and Education Act mandated Nutrition Facts labeling, changing the game forever for how we think about buying food. Food and health felt more connected as a result of the nutrition facts label. Looking toward the future, as public health and the environment are increasingly being linked to our food choices, isn’t it time we start to rethink how to represent food’s real impact on our world on the label and the price tag?

Receipt & Nutrition label stats based on the following:

**About $13.9 billion of net farm income this year will be federal payments, or about 25 percent of total profit estimated at $54.8 billion, according to estimates by the U.S. Department of Agriculture. (Farmers Get Biggest Subsidy Check in Decade as Prices Drop — Bloomberg)

***Endocrine-disrupting chemicals found in pesticides are estimated to cost the European Union €157 billion (US$209 billion) in actual health costs and lost earnings per year, due to their linkages to cancer, birth defects, infertility, and learning disabilities. (FoodTank – Page 11 )

*Percent Daily Values are based on a 2,000 calorie diet.

** “A 20-year study on 120,000 men and women found that people who increased their sugary drink consumption by one 12-ounce serving per day gained more weight over time — on average, an extra pound every 4 years — than people who did not change their intake.” (Sugary Drinks and Obesity Fact Sheet | The Nutrition Source | Harvard T.H. Chan School of Public Health)

*** “People who consume sugary drinks regularly — 1 to 2 cans a day or more — have a 26% greater risk of developing type 2 diabetes than people who rarely have such drinks.” (Sugary Drinks and Obesity Fact Sheet | The Nutrition Source | Harvard T.H. Chan School of Public Health)

**** “A study that followed 40,000 men for two decades found that those who averaged one can of a sugary beverage per day had a 20% higher risk of having a heart attack or dying from a heart attack than men who rarely consumed sugary drinks. A related study in women found a similar sugary beverage–heart disease link.”(Sugary Drinks and Obesity Fact Sheet | The Nutrition Source | Harvard T.H. Chan School of Public Health)

***** “A 22-year study of 80,000 women found that those who consumed a can a day of sugary drink had a 75% higher risk of gout than women who rarely had such drinks. Researchers found a similarly-elevated risk in men.”(Sugary Drinks and Obesity Fact Sheet | The Nutrition Source | Harvard T.H. Chan School of Public Health)

About the Author
http://thefuturemarket.com
Mike Lee is the founder of The Future Market, a futurist food lab that explores what our food system could look like in the next 5-25 years, through experiences and concept products. Mike is also co-founder of Alpha Food Labs, a food innovation company that helps companies create strategies and products that are better for people, planet, and profit.
Previous Next
food labels, future of food, sustainability, true cost accounting, true cost of food